Work together for seven years to grow together

This trip not only enjoyed the beautiful scenery along the way, but also delighted the mood and enhanced the feelings, and also gave us the greatest spiritual encouragement of each of the Sun Star family..

Seven years of witnessing growth, joining hands with the other side, looking back at the mark of passing all the way, filled with gratitude. To thank all the staff for their hard work and their understanding and support. On the occasion of the 7th anniversary of the establishment of Guangdong Rixing Machinery Technology Co., Ltd., the company's general manager office and all the staff and family members of the company went to the two-day leisure tour of Nanjing Yunshui, Meilun Mountain Villa and Jinghu Park in Zhangzhou City, Fujian Province.

At 07:00 on the morning of October 15, the team carrying the excited Xingxing family and their family members went from the company to the most beautiful village in China - [Yunshuiyu Scenic Area]. First visited the first year of Qing Xuantong (1909), was named as the Fujian Provincial Cultural Relics Protection Unit, one of the “World Heritage” declaration points, “Huaiyuan Building”, round earth building, Jane family residence. Then walk through the "Clouds and Waters of the Ancient Plank Road", which is one of the locations of the movie "Clouds and Waters". The long ancient road, the century-old banyan tree, and the Lingshan clear water all give people a sense of transcendentality; Huaiyuan sits under the old banyan tree and listens The stream is flowing, the township is slow, and the villagers who live in the village are passing by; the feeling of getting close to the native land and returning to nature arises spontaneously. Then I visited the square-shaped earth building “Heguilou” at the first height, and walked into the Hegui Building to experience the strange feelings of the building and the Baobao Building. The building was built on the marshland, although it has remained stable and stable for more than 200 years. Obviously independent. Along the way, the mountains and rivers are full of laughter and laughter. Each photo records the innocent smiles of the Sun Star family. Each one is worthy of commemoration and collection, because it symbolizes the youth and passion of the Sun Star family.
On the morning of October 16th, when we were still immersed in the infinite charm of the quaint houses, we immediately came to the [Jinghu Park], which is known as the “natural oxygen bar”, and looked up and relaxed. Jinghu Park is composed of Huabo Garden, Nanding Mountain, Xitan, Huaxi Valley and Jinghu. The park has 100 tons of megaliths carving the head of Laozi, full of Taoist elements! After that, visit the military monuments - [Southern Fortress]: the fort is close to the East China Sea, close to the mainland, condescending, and arrogant. It is opposite to the north and south of the Hulishan Fort on Xiamen Island. It is a corner of the sea, guarding Xiamen Haikou, and guarding the southeast gate of the motherland. It is known as the “Tiannan Lock Key”. Then, Cadaques, which arrived in the port of Zhangzhou, was built to replicate the beautiful Spanish town, making it immersive and feeling the wonders and dreams of Mediterranean life. Along the way, the Sun Star family walks or takes pictures, or leisurely, or impassioned. After lunch, we reluctantly took the feeling of refreshing and refreshing through the beauty, and said goodbye to the natural scenery of the show, mellow, and set foot on the way home.

This trip not only enjoyed the beautiful scenery along the way, but also delighted the mood and enhanced the feelings, and also gave us the greatest spiritual encouragement of each of the Sun Star family. Looking back on these seven years of growth, we adhere to the core values of "integrity, innovation, responsibility, gratitude", as well as professional, focused, innovative business philosophy to guide the next high song. It is believed that under the leadership of the chairman of the board of directors, everyone will work hard, work hard, and strive for the established goals. They will be able to take a new look and make a new chapter in a new chapter, creating new glory. 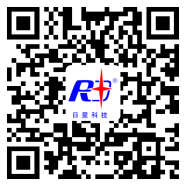